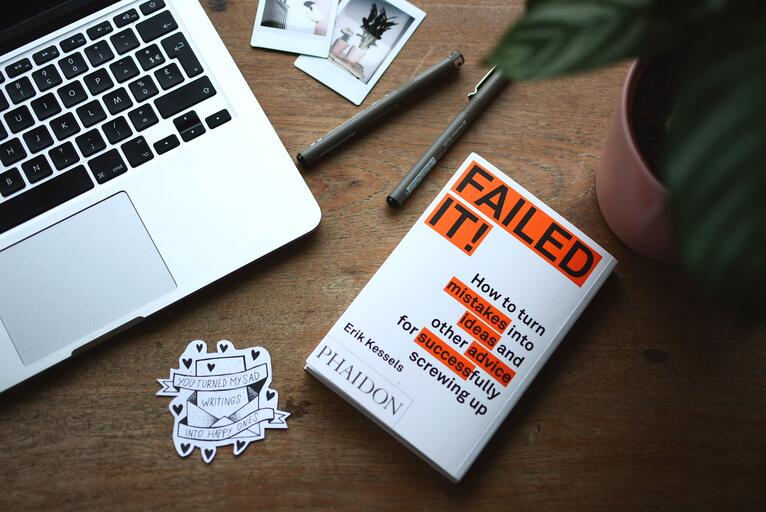 So you’re thinking of opening a gym.Maybe you love to train. Maybe fitness changed your life, and your greatest passion is to help others change theirs.But running a successful gym requires more than passion, and as with most new endeavors, your first year is bound to be one of the toughest.Here, PushPress’ very own Dan Uyemura (CEO) and Chris McConachie (Founder) share some hard-won advice culled from their combined decade-and-a-half-plus experience as gym owners.“I could go on forever with all the mistakes I've made over the years,” Chris joked.

It’s a debate almost as polarizing as Reeboks vs. Nikes: Should you start in a small location and size up as your membership grows or start big and backfill the space?If your membership gets too big too fast, you’ll need to find a new place or risk losing clients who are annoyed by the huge classes.But as Dan said, “It’s really hard to move a gym.”Besides dealing with the penalties for breaking your lease or having to find a buyer, space suitable for a gym can be hard to come by, and landlords, zoning permits and retail neighbors who don’t like your loud music and barbells all make gym-hunting a challenge. Plus, you risk slashing your membership if stray too far from home.But going big straight out of the gate has its risks too.“Every gym owner thinks they're gonna grow to 500 members, and the reality is you won't,” Dan said. “If you get a gym thinking, ‘I'm gonna get to 500 members so I need 10,000 square feet’ and then you don't grow like you think you will, you've killed yourself.”He advises new affiliate owners split the difference.Be realistic about your membership goals and choose a space for that number. If you hit capacity, Dan said, “put up a wait list, raise your rates and then start to maximize your operational capacity and revenue on the space that you have.”

No, seriously—read it.“I know no one wants to do that, but you’ve got to,” Chris said of the tedious legalese that is a lease agreement.He recalled a conversation with a former landlord.“It’s gonna be noisy, we play a lot of loud music, we drop weights—is that gonna be a problem?”The landlord said it would be fine, but if Chris had read the lease in detail, he would have noticed a generic clause stating tenants had to maintain “quiet enjoyment” of the space.So when the adjacent tenants complained, “we really didn’t have a legal leg to stand on,” Chris said.The result? A volume limit on the music, altered programming for certain classes and a strict no-dropping-barbells rule.“The very real consequences were going to affect me more than anyone,” Chris said. “Everyone else can go find another gym or another coaching job, but I wasn’t gonna go open up another gym.”

Unlike space, which is hard to add once you’ve committed to a location, you can always get more equipment. So instead of emptying your coffers for a fleet of rowers, buy as you grow, investing extra cash into marketing or your coaches’ development.Besides being gentler on your bank account, buying equipment gradually will also send a positive message to your clients, Dan said.“The more members I get, the more toys you get,” he said. “So that encourages them to refer people to the gym—and it keeps them retained, because they see that you’re not just buying Ferraris with all this money you’re making; you’re reinvesting back into the company over and over again.”Make sure to leave a reserve in your equipment budget, too.“Don't expect the equipment that you buy today to last forever,” Chris said. “We bought a whole bunch of plates for super cheap, and they lasted like three months.”

As a new affiliate owner, you’ll wear many hats. Probably all of them—at least at first. But eventually, you’re going to need a day off.“You really need to start putting in place a coach-development program a lot sooner than you think you’re going to need to,” Chris said.Even if you have another coach or two on staff, Chris recommends affiliate owners have a group of coaches-in-training ready to step in the moment someone leaves unexpectedly.Trainee coaches might run the fundamentals program or work as assistant coaches during regular classes. The point is not to be left hanging if a trainer unexpectedly quits.“You can’t train up another coach in two weeks—you just can’t,” Chris said.

Discount at Your Own Risk

“Discounts are a super slippery slope,” Dan said.He recalled the early days of his affiliate. The sole discount the gym offered was one for first responders. But then the EMTs wanted one. Then the teachers. Then the teachers’ aides. Eventually, he had to eliminate discounts altogether.“You only have so much space in your gym … and you only have so much manpower and hours in the day,” he said. “Discounts really will affect your top-of-the-line and bottom-of-the-line revenue in ways that most gym owners can’t understand until they’re knee-deep into a long list of people having discounts.”Here’s a common one: the “founding member” discount, a popular choice amongst new gym owners eager to get bodies through the door. For example, your first 50 clients get a membership for $100 a month instead of your standard $175 rate.“Well, what's going to happen is having 50 members who never quit who are only paying you a hundred bucks,” Dan said. “Now you're charging $175 and you can't sell any [$175 memberships] because you're overcrowded.”A slightly more palatable twist on the founding-member discount is the temporary discount. Perhaps anyone who signs up before a certain time gets three months half off.“That’s definitely better than offering a forever discount,” Dan said. “The problem with them, though, is they create this psychological event where the minute your rate goes up, you psychologically and uncontrollably reconsider things. Let's say your first three months are $99 and then it's $199 after that. Well, you'll be attending for three months and then you'll think, ‘Damn, they just raised my rates a hundred bucks a month—is this worth it?’”

These are just a few areas to consider, and regardless of how many books, webinars, and experts you consult, you’re going to make mistakes.And that’s all right.“It's OK to make mistakes,” Chris said.“As long as you don't make them twice.”