Since the start of the PushPress x LASSO MRR Challenge in January, IB Funmilayo has increased his membership base from 106 to 142 at VIBE Boxing Fitness. 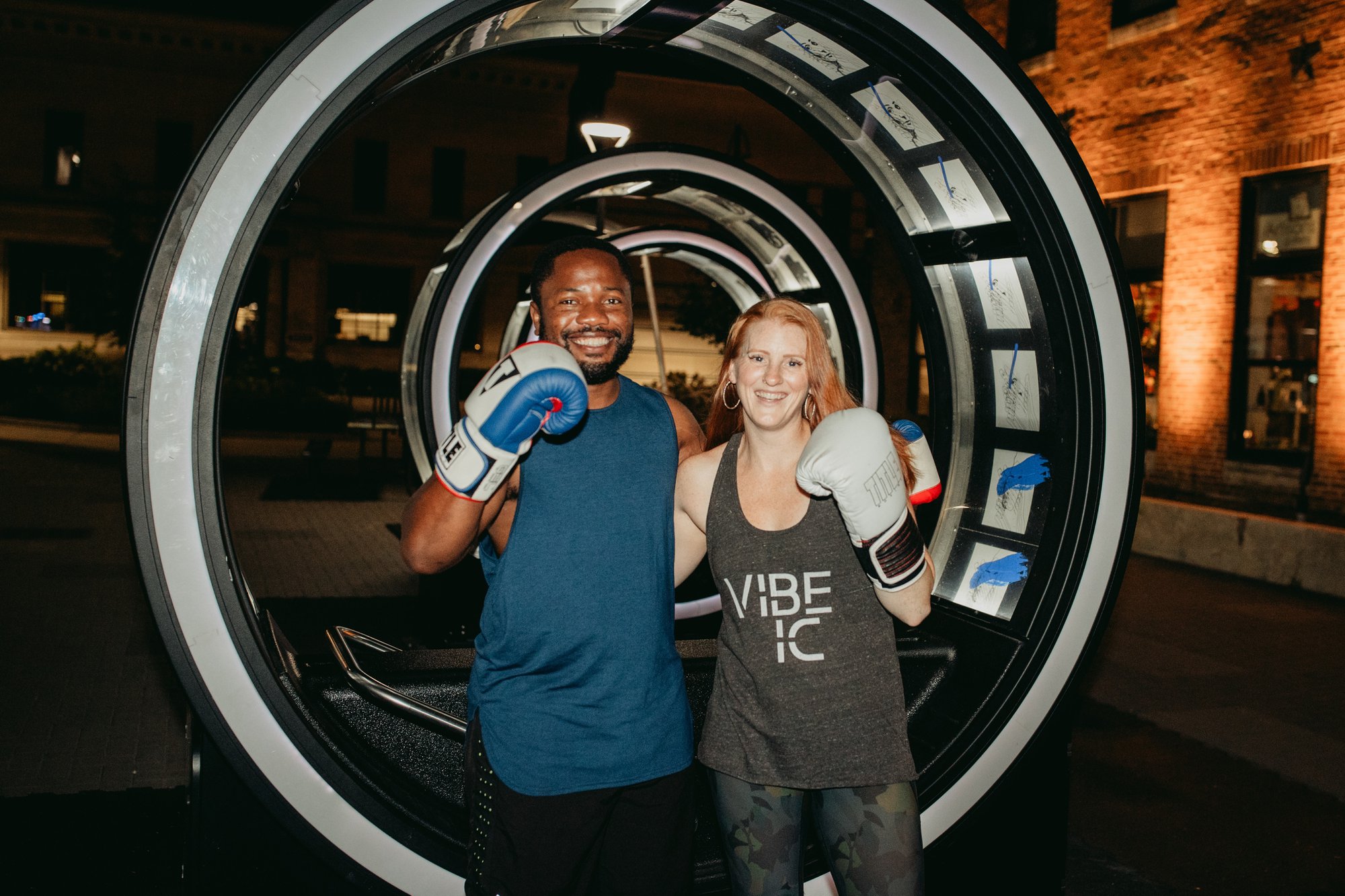 TL;DR
Since the start of the PushPress x LASSO MRR Challenge in January, IB Funmilayo has increased his membership base from 106 to 142 at VIBE Boxing Fitness.

Ibrahim Funmilayo tried all kinds of client management software before a gym owner friend put him in touch with PushPress.

“Since then everything was history,” said Funmilayo, the owner of VIBE Boxing Fitness in Iowa City.

Right away, he found PushPress’ systems to be a lot easier, he explained. “The app is user friendly for members to navigate and book classes, or even buy personal training online,” he said.

He added: “From my past experiences with platforms we have used, PushPress is just easier and makes the life of a gym owner less chaotic.”

But even more importantly, Funmilayo immediately saw “incredible growth because we were able to get people on the phone right away,” he said, adding that a second key to his growth has been PushPress’ Grow app, which has helped him capture way more leads than in the days before.

Finally, the biggest game changer came when PushPress teamed up with a marketing company called LASSO—Lead and Sales System Optimization—and hosted a sales challenge together at the start of January, the MRR (monthly recurring revenue) Challenge.

Funmilayo admits he was skeptical at first but thought “I might as well just give it a shot,” he said.

So he joined the MRR Challenge and began offering a free class to prospects. It brought in a ton of leads—in fact, 110 in the first month—but only 20 percent of them actually showed up and he only managed to convert five members out of the original 110 leads.

Concerned about the low conversion rate, Funmilayo reached out to Sherman Merricks and Blake Ruff at LASSO and told them about his lack of quality leads.

They told him his mistake was offering a free class, which wasn’t something Funmilayo had really done in the past in any case.

So Funmilayo eliminated the free class, and instead began offering a 90-day challenge that involves three options, a regular recurring group class option, as well as the following two premium services:

After generating $5,000 of revenue in January, this number ballooned to $12,000 in both March and April, “and we’re still getting quality leads now and the people reaching out to us are more specific about their goals,” Funmilayo said, adding that he has also been selling a lot of personal training through the leads coming in from LASSO.

"We're getting the quality leads that we need,” Funmilayo said. “So it’s worth the price for LASSO to do the marketing for us.”

And as an added bonus, LASSO integrates with the PushPress Grow platform, meaning all the new leads get populated automatically, saving him a ton of time in the process, he explained.

Since the start of the PushPress-LASSO challenge in January, Funmilayo has increased his membership base from 106 to 142, “so we have picked up 36 new members since then, but the biggest part of it for me is the people are paying high dollars and we’re seeing that’s going to be a very good return on investment for doing the MRR challenge,” he said.

“It has given us a way to feel like we never need to discount anything. We’re never going to be that discounted gym and now we’re a premium gym, and that's why we’re not stopping LASSO,” he added.

As for PushPress, “it’s the fuel that keeps the engine rolling,” he said.

LASSO Series Part 3: Tips From The Pros On Closing Sales

Closing sales is a prerequisite for gym owners to upsurge revenue and growth. Here are some tips from LASSO to change your mindset and close more sales.