The Best Hour of Their Day 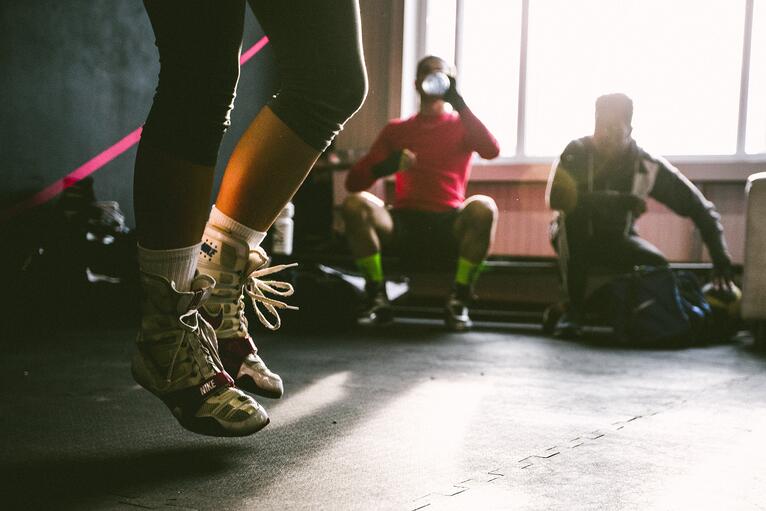 Pat Sherwood once said that the goal of your workout should be to “make it the best hour of your day.”The quote is often used to remind people to chill—don’t snap your rope when the dubs won’t come or swear at your missed lift. Remember that you’re there because it makes you happy.But have you ever stopped to think about what your role as a gym owner is in the happiness equation? Is it your responsibility?“Pretty much in any business, you have to stay focused on what people's needs are, and the only way you're really gonna know that is by listening to what they say,” said Jeff Rice, owner of Flower City CrossFit in Rochester, New York.Because CrossFit or other similar gyms often begin in a garage with best friends for “clients,” it’s understandable that client satisfaction might seem like a given. Who doesn’t like to come in, yank some weight with their buddies, and joke around?But as your business grows, that atmosphere changes—and you might need to change with it.“I think that as CrossFit itself has changed, so too has the population that's interested in it,” said Abi Reiland, owner of CrossFit 8035 and CrossFit 327 in Des Moines and Pleasant Hill, Iowa. “And so we think it's super important just to kind of know where your members' heads are at.”So how do you do that? How do you know if your clients are satisfied, and how do you keep them that way? And is the customer truly always right?

For Rice and his wife and co-owner, Laura Rice, it’s simple.“I think first and foremost, for us, is that you have to have daily touch points,” he said.The gym is open seven days a week with as many as nine regular CrossFit classes per day—most of which are coached by one of the Rices.“So we see everybody at least once a week and usually several times a week,” Jeff said.That wasn’t always the case. Years ago, when the couple owned two gyms, they found themselves spread too thin to cover the morning classes themselves and had to delegate.“We got to the point where we eventually found out that those classes were tending to go in a direction we weren't comfortable with; they were sort of developing a personality that wasn't reflective of Laura and me,” Rice said.Of course, it’s not reasonable to expect that owners coach all classes, but if owners disappear from any one class time forever, “you’ve lost direct contact with those people,” Rice continued.“Now they feel like their only source of contact is with this other person who is not you, and as hard as they may try, they are not you … and now those people become less likely to come directly to you with any issues, concerns or feedback, positive or negative.”

Be Present and Aware

If you can’t be in the trenches as much as you’d like, Rice recommends you get active online.“I think you have to find ways to replicate and promote your personality, values, etc. in other ways,” he said. “So, for example, you need to be super active in social media so that you're communicating with all those people at your gym that you don't see on a regular basis so they still understand that this is your gym and this is what it's all about.”Reiland and her husband and co-owner coach some classes, but dedicate most of their time to running and growing the business.“However, we're still very present,” Reiland said. “So even if we're not coaching every class, we're going to work out with classes, we're in the gym cleaning up and helping out staff, we might come in with our kids on a Saturday and jump into a workout.”They also make sure to connect with their coaches at weekly staff meetings.“If the members aren't giving us feedback directly, often times they're making comments to the coaches, and so that can be really valuable information,” she continued.Both Reiland and Rice are looking for the same sort of information from their clients: What’s the rumbling on the programming? Are people groaning that this is the third shoulder day in a row? Are there any conflicts?Being aware of even the smallest of things goes a long way, Reiland said.“Two weeks ago I walked in and I go, ‘There are wall balls on the bottom shelf that are covered in dust. We need to address that right now.’ And that sounds stupid, but it matters,” she said.Reiland also sends a comprehensive, anonymous survey to her membership base twice annually.The survey uses a star-rating system for everything from the cleanliness of the facility to the programming to the community to individual coach performance. Clients also have the opportunity to write in comments and suggest new classes.“It’s really hard to please every single person in the room and so getting critical feedback can be challenging, but it can also give you an opportunity to sort of think through not only your business model but your community and what challenges you're facing and how you can adapt.” Reiland said.

Look at the Big Picture

Speaking of pleasing everyone in the room—don’t try to.“You want to address people’s concerns in a very sincere and genuine way, but a lot of times people’s concerns or their desires may not be possible or appropriate,” Rice said.Maybe some clients want the latest contraption they saw at a local comp but you know only three people will use it. Or maybe others want to add another class time to the schedule but you don’t have the staff to cover it.“Ultimately your decision point comes down to what is the right thing for this business combined with what's the right thing for the community … and as a gym owner and sort of a custodian of this community, you have a different perspective, you gotta look at the broader picture,” Rice continued.Reiland agreed.“Part of it is reading everything and looking at overall feedback. Is it just the one person that's upset with something? Is it one negative comment or is there a bit of a theme?”She also encourages affiliate owners to examine every decision in the context of their gym’s mission and vision statement.“What are our goals, what's our mission, what's our motto? And sometimes it's the case that maybe it's just not a good fit. Maybe that one person, we're just not the right gym for them,” she said. “Staying your course is really important. I think that it's super easy for gym owners to get distracted by what other gym owners are doing or what members’ opinions are or what the latest gossip is or whatever.”So be open to change, but make changes cautiously.Pay attention to the gym environment and whether people are making progress and having fun doing it.And most importantly, communicate.“I think as long as you have created a really solid foundation and created good relationships with your members, then it becomes just kind of this open line of communication and an environment where they can expect some positive changes to happen but you're not gonna overhaul things just because one person said something.”

Rewatch our webinar on Local SEO Hacks your gym can use. Local SEO is a tough, but if you make a few changes and invest time it could lead to your gym or fitness studio getting more leads with search engine results.

10 things you need to do NOW to improve your "gyms near me" results.